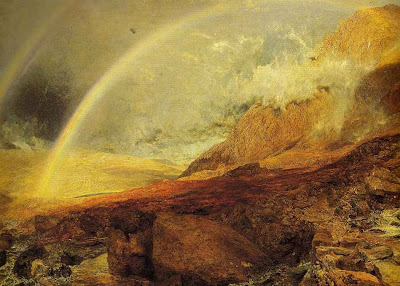 [Mist Wreaths]
oil on canvas
exhibited 1861 at the RA ?
.
1830 - 1896
Liverpool landscape painter and watercolourist. Studied at Oxford where he won a prize as a poet. He was a Master there and married in 1861. Associate of the Liverpool Academy and exhibited at the RA and elsewhere. Influenced by the Pre-Raphaelites and his watercolours were praised by Ruskin. Painted in Scotland, Lake District and the Thames Valley but was particularly fond of North Wales and Whitby. Travelled in France.
His daughter, Violet Hunt, wrote a book on Rossetti.