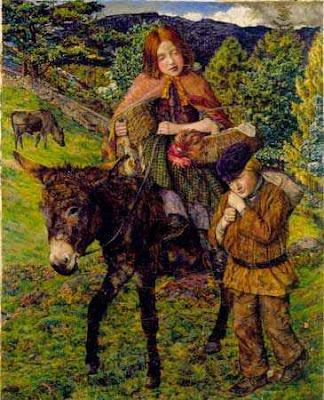 http://www.liverpoolmuseums.org.uk/online/pre-raphaelites/market.asp
.
John Lee (active 1850-1870) was a British painter, part of a group of Liverpool artists, influenced by the Pre-Raphaelite style. Very little is known about Lee's life and only four paintings have been attributed to him with any certainty. He exhibited at the Liverpool Academy from 1859-67 and at the Royal Academy from 1863-67.
Posted by Hermes at 6:00 AM