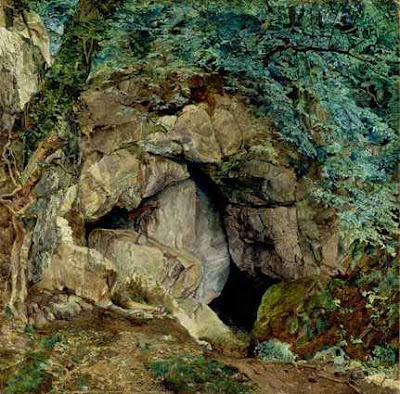 http://www.liverpoolmuseums.org.uk/online/pre-raphaelites/dragon.asp
James Campbell (1828-1893), son of a Liverpool insurance clerk, studied at the Liverpool Academy and at the Royal Academy. For a few years from about 1856-1862 he was influenced by Pre-Raphaelite ideas without however becoming involved in the gravity or moral earnestness of subject that others pursued. His was ultimately more a flirtation with the technical side of Pre-Raphaelite practice. The best of Campbell's little pictures are delightfully straightforward and minutely detailed accounts of respectable lower-middle class and artisan life in Liverpool. He is the most Dickensian of all the Pre-Raphaelites.
Posted by Hermes at 6:00 AM