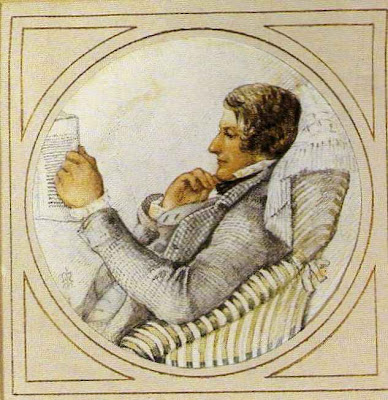 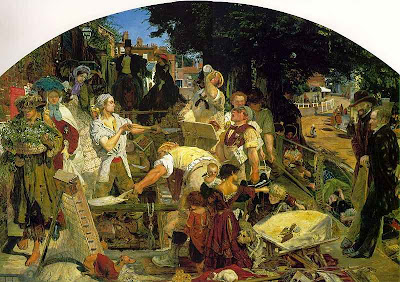 [portrait by Millais]
water colour over pencil
inscribed JEM 1853
11.4cm
[Work] 1859-1863
'At that time extensive excavations, connected with the supply of water, were going on in the neighbourhood, and seeing and studying daily as did the British excavator, or navvy, as he designates himself, in the full swing of his activity (with his manly and picturesque costume, and the rich glow of colour which exercise under a hot sun will impart), it appeared to me that he was at least as worthy of the powers of the English painter, as the fisherman of the Adriatic, the peasant of the Campagna, or the Neapolitan lazzarone. Gradually this idea developed itself into that of "Work" as it now exists, with the British excavator for a central group, as the outward and visible type of Work.'
http://www.manchestergalleries.org/ford-madox-brown/
http://www.victorianweb.org/painting/fmb/paintings/hikim2.html
.
http://en.wikipedia.org/wiki/Ford_Madox_Brown
Posted by Hermes at 6:00 AM

All the same, I like the top picture best. It's the kind that makes me smile without meaning to and I appreciate that.

Me too. I always thought he must have had a good sense of humour as there are several witty parts to the picture below, and I think the portrait captures that aspect.