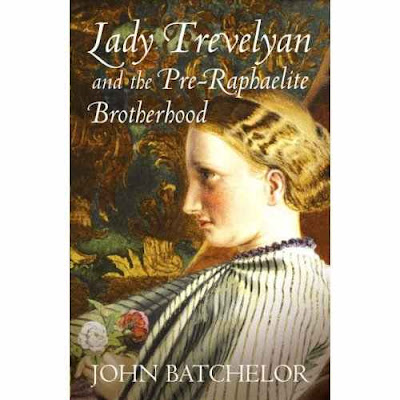 Lady Trevelyan and the Pre-Raphaelite Brotherhood
by John Batchelor
Chatto & Windus (2006)
This title offers an entertaining account of an extraordinary cultural and historical event: the establishment by one highly intelligent woman of a salon of the arts in a beautiful country house in Northumberland. Wallington Hall was remote from the major centres of artistic activity, such as London and Edinburgh. Yet Pauline Trevelyan single handedly made it the focus of High Victorian cultural life. Among those, she attracted into her orbit were Ruskin, Swinburne, the Brownings, the Rossettis (Dante Gabriel, Christina and William Michael), Carlyle, and Millais and other members of the Pre-Raphaelite Brotherhood. The penniless but clever daughter of a clergyman, Pauline Jermyn married an older man whom she met through a shared passion for geology. Sir Walter Trevelyan was a philanthropist, teetotal, vegetarian, pacificist...and very rich. With his encouragement, she collected works of art and decorated Wallington Hall with a cycle of vast paintings on the history of Northumberland. She was a patron of the arts who provided a fostering environment for many of the geniuses of her day. After her death, Swinburne wept every time her name was mentioned. - Amazon
Posted by Hermes at 6:00 AM