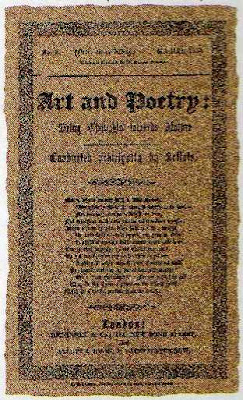 The Germ was proposed by Rossetti. It only lasted four numbers and though contributions were anonymous, they were the Rossetti brothers, and their sister Christina, Woolner, Stephens and by the young (and then unknown) poet, Coventry Patmore, Ford Madox Brown, William Bell Scott, Walter Howard Deverell and William Thomas Cave. The illustration shows the fourth issue which was renamed Art and Poetry. The four issues were between January and April 1850 and contained poems, news and theoretical writings on art and criticism.
. 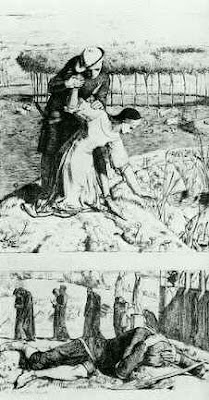 [Holman Hunt illustration of Woolner's poem in the magazine The Germ (1850)]
Posted by Hermes at 6:00 AM