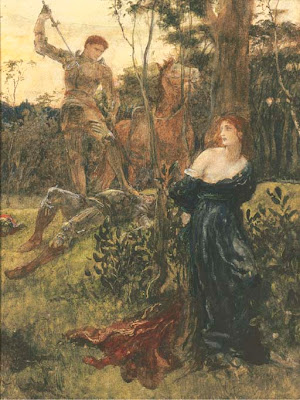 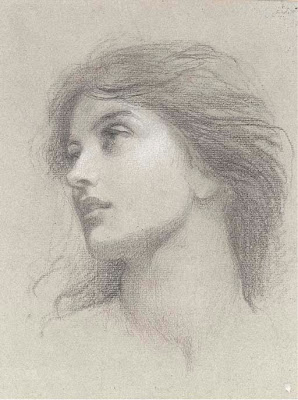 Dicksee was in the habit of working out his compositions in terms of watercolour sketches. Another example is the drawing for Romeo and Juliet that was offered for sale by Julian Hartnoll in 1986 (cat. no. 21). The finished picture, now in the Southampton Art Gallery, appeared at the Royal Academy in 1884, only a year before Chivalry was exhibited.

This practice was closely related to Dicksee's early work as an illustrator. He used a similar watercolour-with-bodycolour technique for his designs for Romeo and Juliet and Othello when the plays were issued in Cassell's International Shakespeare in 1884 and 1890. In fact the Southampton picture is a re-working of the frontispiece to Romeo and Juliet.