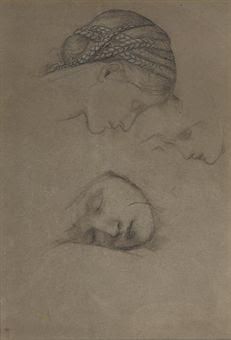 The Garden Court, one of the four large paintings collectively known as The Briar Rose series. Their exhibition at Agnew's in 1890 was an enormous success, and effectively marked the climax of Burne-Jones's career. They were bought by Alexander Henderson, later first Baron Faringdon, and installed at his country house, Buscot Park, Oxfordshire, where they remain.
http://www.christies.com/lotfinder/sir-edward-coley-burne-jones-bt-ara-rws/5327273/lot/lot_details.aspx?from=salesummary&pos=2&intObjectID=5327273&sid=49bfe784-4ad6-4932-af6d-b21ed9720b07&page=4
Posted by Hermes at 6:00 AM