The Last Pre-Raphaelite: Edward Burne-Jones and the Victorian Imagination, By Fiona MacCarthy 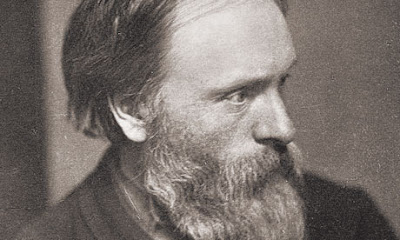 Not a lot to like, but plenty to admire

Funnily enough just found my copy of Penelope Fitzgerald's 'Edward Burne-Jones' which at 300 pages is at least lighter to hold!


From the review:
MacCarthy is also probing of his relationships with his male friends, detecting more buried hostility than is usually seen in his affectionate cartoons of "Topsy" (Morris). The result is a rich and thought-provoking portrait. I liked Burne-Jones a bit less after reading it, but admired him a lot more.
Posted by Hermes at 4:28 PM