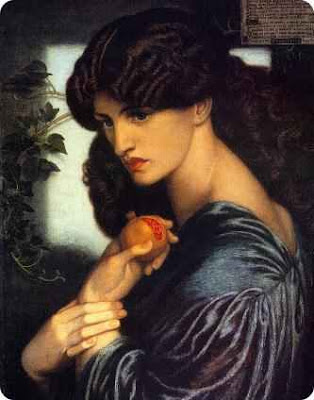 Proserpine is a verse drama written for children by the English Romantic writers Mary Shelley and Percy Bysshe Shelley. Mary wrote the blank verse drama and Percy contributed two lyric poems. Composed in 1820 while the Shelleys were living in Italy, it is often considered a partner to the Shelleys' play Midas. Proserpine was first published in the London periodical The Winter's Wreath in 1832. Whether the drama was ever intended to be staged is a point of debate among scholars.
http://en.wikipedia.org/wiki/Proserpine_(play)
Posted by Hermes at 6:00 AM