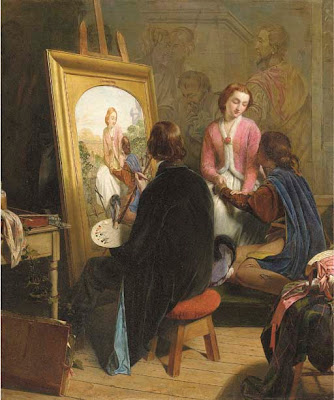 
This picture formed a humorous pendant to The Post Raphaelite, exhibited at the British Institution of 1857, no. 483, under the joint heading, The Two Extremes. The Art Journal, commenting on The Post Raphaelite, explained that 'This and The Pre-Raphaelite by the same artist, illustrate these opponent Art-theories, with some causticity of allusion to the latter'.
Posted by Hermes at 1:00 PM