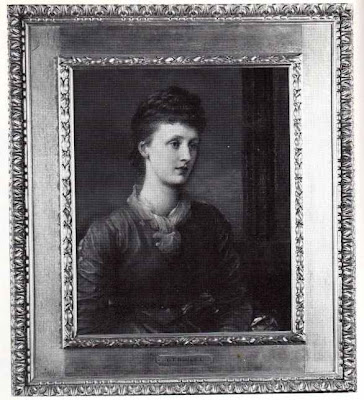 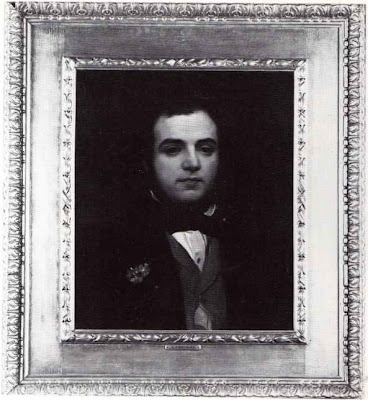 [Portrait of May Hitchins, late Lady Tennyson]
26 x 21"
1875
Daughter of Charles Robert Prinsep (Advocate-General of Calcutta). She lived for some years at Little Holland House (where Watts also resided) and she sat for him, and her cousin Val Prinsep. She married Andrew Hitchens, and after his death Hallam, 2nd Lord Tennyson in 1918.
[Portrait of Eustratius Constantine Ionides]
24 x 20"
the son of Constantine John Ionides and Mariora Sendoukaki
The father was an important patron of Watts and he painted a series of portraits of the family, mainly now in the Ionides Collection at the V&A. This was offered for auction in 1981.
Posted by Hermes at 6:00 AM