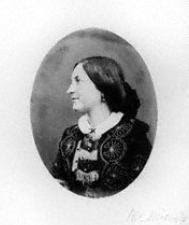 "Effie," directed by Richard Laxton, is based on the life of Euphemia "Effie" Gray and set in 1850s London. After a loveless marriage to famed critic John Ruskin, Gray fell in love with Ruskin's protégé, painter John Everett Millais.

Screen actress Dakota Fanning ("I Am Sam," "Twilight") will star in the title role, and Greg Wise will play Ruskin. Walters and Jacobi have signed on to play Ruskin's parents, and Thompson will also appear in the film as Lady Eastlake, a friend of Gray's. Tom Sturridge has been cast as painter Millais.

Don Rosenfeld and Andreas Roald will produce the film that is set to begin production in October in Scotland, London and Venice.

Jacobi won the Tony Award in 1985 for his performance in Much Ado About Nothing and was nominated in 1988 for Breaking the Code. He has also appeared on Broadway in The Suicide, Cyrano de Bergerac and Uncle Vanya.

Walters has performed in the West End in Funny Peculiar, Educating Rita, Fool for Love and Frankie and Johnny in the Claire de Lune, among others. She has been seen on screen in the movie-musical "Mamma Mia!" as well as the "Harry Potter" series.

Thompson won Academy Awards for "Howards End" (Best Actress in a Leading Role) and "Sense and Sensibility" (Best Writing, Screenplay Based on Material from Another Medium). Her stage credits include Beyond the Footlights, Short Vehicle and Me and My Girl