Edward Burne-Jones - Study for the "Rock of Doom" 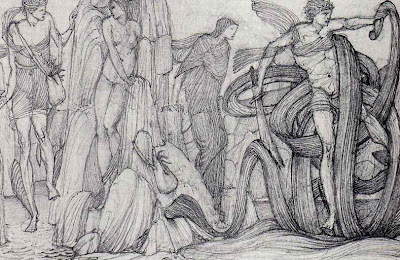 [Study for the "Rock of Doom" and the "Doom Fulfilled"]
pencil
a compositional design for the Perseus series, made shortly after he received the commission from Arthur Balfour in 1875. On the left Perseus is shown arriving at the rock where he finds the naked Andromeda. On the right he is fighting the Monster. These were later divided into two pictures which are now in Stuttgart.