William Holman Hunt - the versions of Light of the World 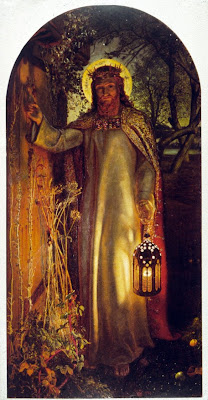 The Light of the World (1853–54) is an allegorical painting by William Holman Hunt representing the figure of Jesus preparing to knock on an overgrown and long-unopened door, illustrating Revelation 3:20: "Behold, I stand at the door and knock; if any man hear My voice, and open the door, I will come in to him, and will sup with him, and he with Me". According to Hunt: "I painted the picture with what I thought, unworthy though I was, to be by Divine command, and not simply as a good Subject." The door in the painting has no handle, and can therefore be opened only from the inside, representing "the obstinately shut mind".Hunt, 50 years after painting it, felt he had to explain the symbolism.
The original, painted at night in a makeshift hut at Worcester Park Farm in Surrey, is now in a side room off the large chapel at Keble College, Oxford.Toward the end of his life, Hunt painted a life-size version, which was hung in St Paul's Cathedral, London, after a world tour where the picture drew large crowds. Due to Hunt's increasing infirmity, he was assisted in the completion of this version by English painter Edward Robert Hughes. Hunt also painted a third version. The first version is now to be found in Keble College, Oxford. Another version  is in Manchester Art Gallery.

The version which is found in St. Paul’s, was painted in Hunt’s old age. His eyesight was failing and he was helped by pupil, Edward Hughes. There are small differences between the different versions, most notably, in the Cathedral’s version, Jesus’ halo is not painted as the full moon as it appears in the other two.

Charles Booth, a wealthy ship owner and philanthropist, was a great devotee of Hunt’s work. He organised for the large version of the work to be taken around the world where it was seen by around two million people. Whilst in Australia, for example, reports state that it was viewed by a hundred people every minute.  Booth donated the painting to the Cathedral in 1907 and it has hung in there for most of past hundred years. 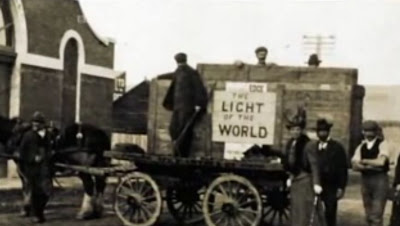 It inspired several musical works, including Sir Arthur Sullivan's 1873 oratorio The Light of the World. 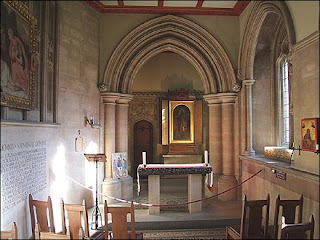 Holman Hunt's Light of the World in the side chapel at Keble College, Oxford. 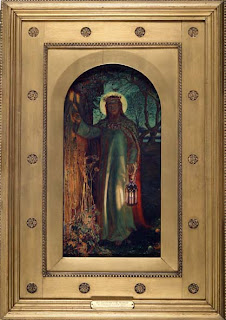