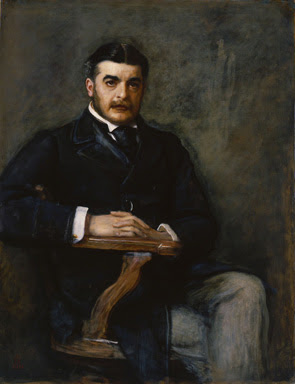 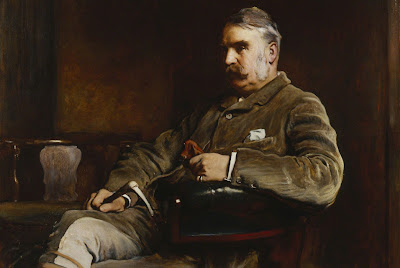 LONDON.- A new display at the National Portrait Gallery marks the centenary of Sir William Schwenck Gilbert’s death in 1911. Gilbert alongside Sir Arthur Sullivan made up the famous partnership of Gilbert and Sullivan that revolutionized Victorian theatre with comic operas such as HMS Pinafore, The Pirates of Penzance and The Mikado.

Sir William Schwenck Gilbert (1836 –1911) worked as a civil servant, a captain in the Militia and a barrister before becoming a dramatist and librettist, writing numerous plays, sketches and stories. He became irrevocably linked to Sir Arthur Sullivan (1842-1900) when they first collaborated on Thespis (1871). Sullivan had been awarded the first Mendelssohn Scholarship to the Royal Academy of Music and achieved early success as a composer. Together they created a series of operas performed at the Savoy Theatre which was built especially for performances of their works by Richard D’Oyly Carte.

This small display includes portraits of Gilbert and Sullivan alongside leading performers from their operas including Rutland Barrington, George Grossmith, Durward Lely, Jessie Bond and Rosina Brandram. The display complements a formal oil portrait of Gilbert by Frank Holl and another of Sullivan by Sir John Everett Millais. In these portraits Gilbert and Sullivan appear alike although in reality they were very different. Sullivan was slight, genial and sociable, while Gilbert was tall, gruff and irascible. Their partnership was not comfortable and they were never friends, but their fourteen operas constitute the most frequently performed series of operettas in history.

Gilbert and Sullivan collaborated for the twenty-five years between 1871 and 1896. Gilbert’s wit, sense of irony and absurd and eye for satire was brilliantly combined with Sullivan’s mellifluous music to create a unique form of opera. They created brilliant entertainment while simultaneously pricking Victorian pretensions and dealing with the most controversial, and enduringly topical, issues such as class prejudice, political corruption, women’s rights, justice and imperialism. Sullivan died from kidney failure in 1900 and Gilbert drowned aged seventy-four having dived into the lake on his country estate to assist a distressed swimmer in 1911.

'and Gilbert drowned aged seventy-four having dived into the lake on his country estate to assist a distressed swimmer in 1911.'

Wow. I never knew that. How sad. How brave.

Quite a story isn't it.