John Melhuish Strudwick - The Gentle Music of a Bygone Day 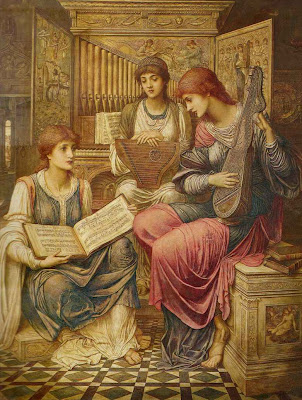 1890
oil on canvas
Private Collection
Strudwick had been an unsuccessful student at the RA Schools but discovered his talent as an assistant to Burne-Jones. His paintings were painted to be beautiful and poetic. He was admired for his detail but criticised for his lack of authenticity. one critic describing this picture as 'like a tableaux of well-bred girls from St John's Wood'.
Posted by Hermes at 6:00 AM