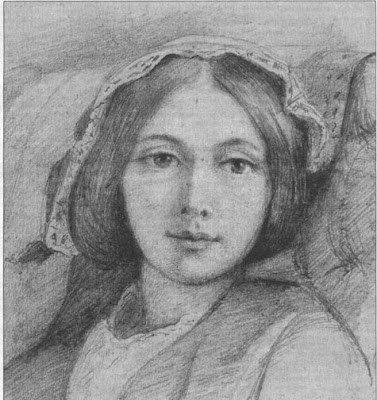 Mary Ellen Meredith, a daughter of Thomas Love Peacock, was the widow of Edward Nicoll, captain of the HMS Dwarf, who died in 1844 while trying to rescue a drowning man in the Shanon Estuary in Ireland. According to Nicholas A. Joukovsky, who has recently (2004) published Anne Ramdsden Bennett's reminiscences of her friend, she left George Meredith for Wallis after she discovered that Meredith he had lied to her about his having a distinguished ancestry — something quite significant in understanding the novelist's later development: As Joukovsky points out, "Meredith's sense of shame over his family origins has always seemed excessive, even after making sue allowance for the proverbial contempt in which tailors were traditionally held in British society. But if the brerakdown of his first marriage could actually be traced to a failed attempt to mislead Mary Ellen about his ancestry, then his preoccupation with social class and social climbing takes on on a much more personal dimension" (15).