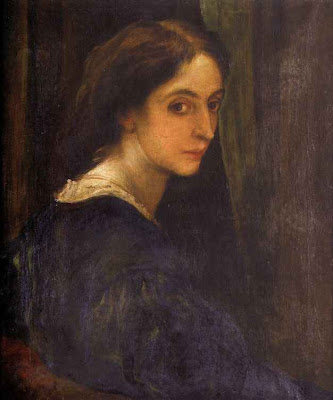 Aglaia was the second child and eldest daughter of the family, born in 1834. She married Theodore Coronio in about 1855 and they had one daughter Calliope, who was also painted by Watts. This portrait seems to have been painted in the 1870's when she was about 40 - she died in 1906. She was a friend to many painters, including Burne-Jones (she is one of the dancing girls in The Mill). She also advised him on fabrics and props. She was also friends with William Morris and Rossetti.
Posted by Hermes at 6:00 AM